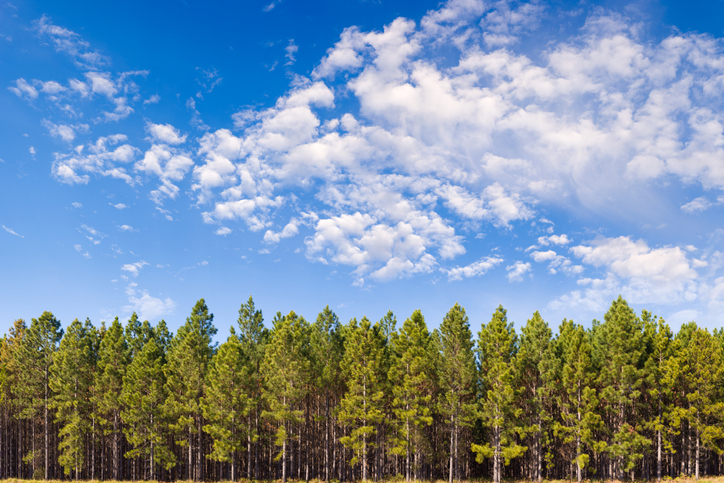 The wood-pellet industry has become particularly controversial in the American South, where a company named Enviva, the largest wood-pellet producer in the world, set up shop and quickly got to work liquidating forests.

Nothing could be further from the truth.

Consider the context: Wood pellets make up only about 3 percent of the total annual harvest in the US Southeast, with a stringent certification system that requires sourcing areas to be regrown.

Sustainable management like this is why our forests are growing, not being liquidated. Today, private landowners in the Southeast grow 40% more wood than they remove every year. And this forest area growth is a result of – not in spite of – greater markets for forest products like wood biomass.

Booth’s obviously false claim about “liquidating” forests is one small part of a coordinated misinformation campaign by anti-forestry and anti-biomass activists. Unable to win the policy debate on the merits, they resort to distortions and scare tactics, as exemplified in this latest essay.

It’s notable that Booth writes an entire essay on this topic and fails to mention the world’s leading climate science authority, the United Nations’ Intergovernmental Panel on Climate Change (IPCC). That’s likely not an accident, because the IPCC directly contradicts Booth’s position and has consistently confirmed the important role of the timber and biomass industries. According to the IPCC, every pathway to keeping temperature increases under 1.5 degrees Celsius includes sustainable forestry and wood biomass. As the latest IPCC Special Report on “Climate Change and Land” makes clear:

“In the long term, a sustainable forest management strategy aimed at maintaining or increasing forest carbon stocks, while producing an annual sustained yield of timber, fiber, or energy from the forest, will generate the largest sustained mitigation benefit,” the report explains. (Ch 4, 4.8.5, page 66)

To sum up, activists like Booth often cite the IPCC’s warnings about the need for action on climate change, but then reject or ignore the IPCC’s embrace of wood biomass as part of the solution. It’s disingenuous and wrong. Our view is simple: Let’s not cherry-pick the world’s leading authority on climate science.

Booth acts as if the only alternative to sustainable forest management and wood biomass is more “natural” forest area. But this fails to take into account the fact that more than half of America’s forests are privately owned. Private landowners face choices – should they grow trees on their land, turn their land into development, or use it for ranching or agriculture? The absence of market demand for forest products would actually shrink forests and the carbon sink by encouraging private landowners to use their land for more economically-productive, but also potentially more carbon-intensive, activities.

In fact, a 2017 study  projects that without the incentives of the wood biomass industry, more land in the U.S. Southeast would be converted to other uses, such as development. They note that:

Projections show that in the absence of additional demand for wood pellets, natural timberland area is projected to decline by 450–15,000 km2 by 2030, mainly through urbanization and pine plantation establishment. In contrast, under the high wood pellet demand scenario, more (2,000–7,500 km2) natural timberland area is retained and more (8,000–20,000 km2) pine plantation is established.

The absence of demand for wood biomass would actually result in deforestation up to 15,000 square kilometers (5,791 square miles), roughly the size of the entire state of Connecticut. That is a massive potential loss in forest area due to increased urbanization. Conversely, increased demand for wood pellets retains thousands more square kilometers in natural timberland area.